Jagdalpur city is a nature’s paradise and it is located in Bastar district in the Indian state of Chattisgarh. This city and its people are known to be nurtured by Mother Nature. Jagdalpur is known for its green cover and sereneness. You know it’s Jagdalpur when you’re welcomed by green mountains, deep valleys, dense forests, chirping of birds, magnificent monuments. While travelling to Jagdalpur you can visit Kanger Valley National Park and Indravati National Park to witness the richess of flora nad fauna of this region. Both are the must visit in a trip to Jagdalpur. 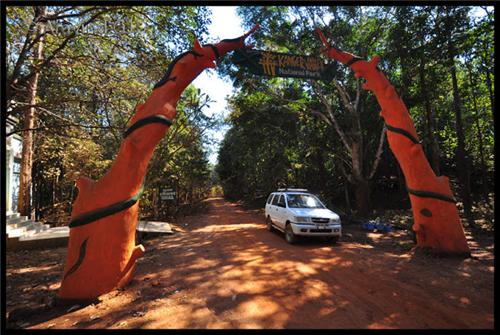 The flora of this park includes various lower forms of plants like algae,fungi and bryophytes. It largely consists of sal, teak & bamboo trees. There is some area which has virgin and untouched core areas in the national park.The entrance to the sanctuary is guarded by Tirathgarh waterfall and it ends at Kolab River, which borders the state of Odisha. The park is divided in two ranges namely Kotumsar and Koleng. One can choose to stay inside the park in Forest Rest House at Kotamsar and Tirathgarh.

The best time to visit this national park is from November to June.Tourists can reach this park through road. The main entrance to the park is from Kotamsar barrier which is 27km from Jagdalpur on the Jagdalpur-Darbha road. Inside the park there is good connectivity through kuccha and murram roads. The nearest airport is Raipur airport which is 330km far and Jagdalpur railhead is the nearest which is 27km away. Nearest petrol pump is at Jagdalpur. Tirtartgarh & Netanar have the forest wireless system.There are rest houses, lodges and good quality resorts are available at Jagdalpur. Inside the park there are rest houses at Kotamsar & Tiratgarh. 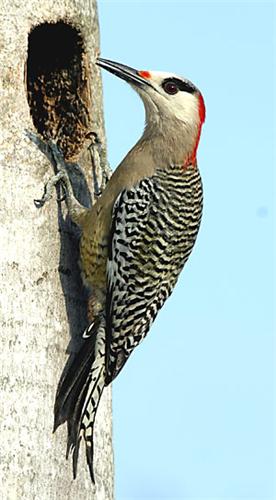 Bairamgarh Sanctuary is located at the distance of 139km from Jagdalpur, located in the extreme southern part of the state near the border with Andhra Pradesh and Maharashtra. Like any other wildlife park in Chhatisgarh, Bairamgarh Wildlife sanctuary is just of the same kind. Like people would see rare species of animals over here they could also get to see rare plants. Bairamgarh wildlife sanctuary is an icing on the cake for bird watchers as they can get to see some important and rare species of birds. Birds like darters, wood peckers, peacocks, jungle fowls, green pigeons, quails, parrots and stocks. Artificial arrangements and settings are also made so that the migratory birds can visit the place during specific seasons. Chinkaras, Indian gazelle and Chital can easily be spotted. Leopards and tigers are there in this forest but they are rarely seen and are in less number. Some of the other species seen in this sanctuary are Neel gai, Gaurs, Sambar, sloth bear, wild boar, jackel and stripped hyna.


How to reach Bairamgarh Sanctuary ?

The best time to visit this sanctuary is from November to June. The climate of the sanctuary is tropical where summars are a bit hot but otherwise it is always pleasant. Nearest airport is the Raipur airport which is 486km and the nearest railhead is Jagdapur which is 255km.

Indravati National Park is another such park which is a lush green area, covered by dense forest. It is the only Tiger Reserve in the country. The name of the park is derived from the river Indravati which flows besides the park. Indravati National park is located in the Bijapur district of Chattisgarh. It is one of the finest national park in Chhatisgarh. Indravati National park has some of the endangered species like wild buffalo and Hill Myna. The unique varied wildlife and lush green mountains around makes the park even more interesting and it is a must visit for wildlife enthusiasts and nature lovers. The flora mainly consists of Sal, teak & Bamboo trees. The trees that are very commonly found here are teak, lendia, salai, mahua, tendu, semal, haldu, ber and jamun. The herbivores in the park are Neel gai, gaurs, barking deers, chital, wild buffaloes who feed on the rich patches of grasslands. Freshwater crocodile, monitor lizard, cobras, russel vipers, Indian rock python, Indian chameleon are a few reptiles that are commonly found in this park.


How to reach Indravati National Park ?

The best time to visit the park is during the months of December through June.Tourists and wildlife enthusiasts to wish to visit this place can travel since its easily accessible through Jagdalpur. The main entry point of this park is from 22.4km north of Jagdalpur- Bhopalpattanam road through a small village Kutrue. The Kutrue village link road is 14.6km away from Jagdalpur. The nearest airport is Raipur Airport (486km) and Jagdalpur(168km) is the nearest rail head from Indravati national park.