Jagdalpur with its long and glorious past is an important city of Bastar district. It is also administrative headquarter of the district. The city had been once traveled by Lord Rama and was adobe of Sage Valmiki. The region has witnessed the rule of various dynasties including Chalukyas and the Kakatiyas. The famous Bastar Palace is still abode of the royal family and is the living evidence of the history of the royal rule of Jagdalpur. There are many evidence of its glorious past scattered in and around Jagdalpur and its neighboring areas. These places are places of delight for thousands of people visiting Jagdalpur. 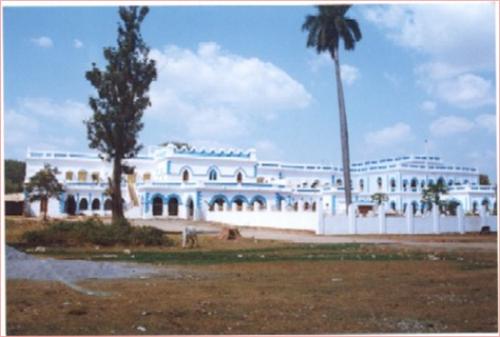 History of Jagdalpur dates back to ancient times. The region was known those days as Dandakaranya. It is said that Lord Rama during his years of exile passed through this part of Chhattisgarh. Valmiki Ashram was also located in this area.

Jagdalpur has been a very active place during the medieval period. It has been under the royal rule for several hundred years. It also witnessed some of the great wars. Jagdalpur have seen the rule of Nals, Chalukyas and Kakatiyas dynasties. In 1424 AD Annama Deva brother of mighty Kakatiyas king Pratap Rudra's brother established his rule in this part of Chhattisgarh. After the rule of Annama Deva, there were many many kings that rule Jagdalpur. After him came the rule of Hamir Deo, followed by the rule of Pratap Raj Deo, Rajpal Deo, Dalpat Deo and others successively. Jagdalpur was made the capital of the  Kakatiyas kingdom during the rule of Dalpat Deo. After the death of Dalpat Deo, Daryao Deo the younger son of Dalpat Deo defeated his elder brother Ajmer Singh to took over the kings crown. There were a series of wars between the two sons of Dalpat Deo over the throne. After the victory of Daryao Deo, Ajmer Singh once again succeded to took back the throne. After Ajmer Singh rule for 2 years, Daryao Deo once again defeated his elder brother and took over the throne. After Daryao Deo’s death the kingdom was rules by his succerors Mahipal Deo, Bhopal Deo and Bhairam Deo successively.

When Bhairam Deo died in 1891 his son Rudrapratap Deo was a minor. Till the time he attained the required age the kingdom was under the governance of the government. In 1908 the young king became the feudatory chief of Bastar. In 1910 tribals revolted against the Diwan and Britishers who were ruling the region that time. After the death of Raja Rudrapratap Deo his daughter Praphul Kumari Devi took over the affairs of the state. This happened in 1922. She later married to prince of the State of Odisha, Mayurbhanj. After the demise of the beloved queen Praphul Kumari Devi in 1936, her elder son Pravir Chandra Bhanj Deo took over the throne. He was the first  Oriya ruler of Bastar and the 20th Maharaja of Bastar. Famous Maharani hospital was built in1937 to acknowledge the greatness of the queen. In 1941 an airstrip  and a bridge was also constructed over the River Indravati in 1941.

In 15th century A.D Kaktiya ruler King Purushottam Deo went to Jagannath Puri temple. When he came back as ‘Rath-pati’ after having a divine permission to mount on Chariot. And from that day the famous dusherra of Jagdalpur is celebrated in its own unique way. Apart from hindu customs that are assimilated with Dussherra a number of other customs of local tribes are now incorporated.

After the Britishers rule over India, Jagdalpur was made a part of Indian Union. In 1966 during the revolt against the Union of India for the rights of tribal, Maharaja Pravir Chandra Bhanj Deo was killed in a "Police action". Many tribals were also killed in the revolt. Jagdalpur is still under the princely rule. The famous Bastar Palace is to date inhabited by the Deo family. Currently grandson of Pravir Chandra Bhanj Deo, Maharaja Kamal Chandra Bhanj Deo is the heir of the Deo Family. Jagdalpur is now a city in Bastar district. The city is now governed by Jagdalpur Municipal Corporation and is also the administrative headquarters of Bastar District and Bastar Division.