Jagdalpur is mostly inhabited by the tribal people. In this lush region of Chhattisgarh one can relish the taste of variety of traditional and tribal cuisnes. Most of the dishes are made using rice. The food here can be divided in two variants one tribal  food and the other non tribal. The tribal people food is derived from the surrounding forests, also these people include a number of non vegetarian food items in their daily diet like  fish, flying ants and meat. The vegetarian food items include rice, which is the staple food of these people and a number of vegetables, fruits, lentils derived from the forests and fields. The non tribal people of Jagdalpur are mostly vegetarian. Green leafy vegetables and fruits are also liked by the people. The food preparation in Jagdalpur is very traditional and influenced by tribal culture.

Jagdalpur is mostly inhabited by the tribal people, and hence the food habits of the people in Jagdalpur are much effected by the food likings of the tribal people. The main ingredients of the food these people eat are derived from the natural forest produce. The staple food of these people is rice. Other cereals consumed by them are Kodon, Kutki and Mandia. Non-tribal people of Jagdalpur widely uses maize and jowar .The main source where these cereals are derived are fields on hillslopes and valleys. These people eat a lot of healthy food constituting pulses, vegetables and fruits. The common pulses used by these people include urid, kulthi and moong. 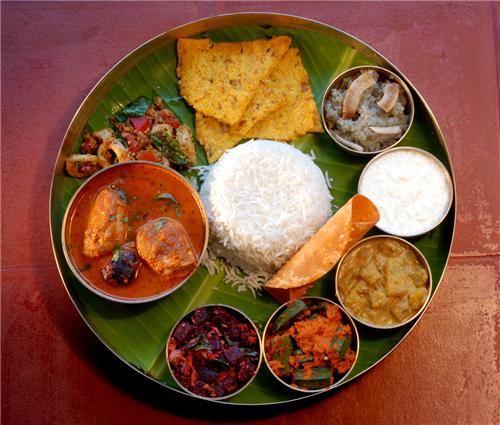 They grow these pulses in their fields or kitchen gardens. Grains of bamboo and other grasses are used as their supplements. A lot of vegetables are also eaten by these people, which they get from the forest. The vegetables they eat are in the form of leafy vegetables, non – leafy or tuberous vegetables. There are many other edibles which are directly eaten in the form as they are collected from the forests. These mainly include the fruits and a number of palatable seeds which are eaten raw or are roasted. Mostly all non-tribal people are vegetarian and tribal people prefer a lot of non-veg in their daily food.

Jagdalpur cusine is very delicious. Some of the famous dishes made of rice or using rice flour are Pakhal Bhat, Kosra, Angakar Roti and Rice Flour Chapati. Pakhal Bhat is cooked by soaking rice in water for an overnight. Later some water, yogurt, salt and green chilies are added to it. This dish is very good to prevent heat strokes. Angakar Roti is the common breakfast of Jagdalpur people. It is a hand flatten roti made of rice flour, salt , water ,boiled rice (not necessarily),oil. Some of the other important dishes include rakhia badi , bafauri, chila, rice varieties, khadhi, khurmi, jalebis ,khichdi and petha. Sweet delicacies include moong dal ka halwa, cashew burfi, and bafauri, made during festivals and celebrations. 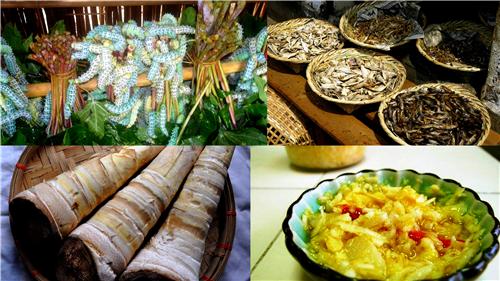 
Nutritional Value of Food in Jagdalpur

The food of Jagdalpur consists of a lot of cereals, lentils, vegetable, fruits and nuts. Maize, rice and jowar are the commonly eaten cereals. These cereals are rich source of fiber, potassium, proteins, calcium and iron. Proteins, calcium and iron are the main components for the healthy growth of an individual. Other components like potassium, fibers, vitamins and minerals are also very important for the body. For fulfilling the requirement of vitamins and minerals the people of Jagdalpur eat a lot of vegetables, fruits and nuts, which are the part of their daily nutrition intake. These people eat a lot of green leafy vegetable too. Lentils like arhar dal which are the common ingredient of their daily intake also provide a lot of protiens.

People of Jagdalpur especially the youth are developing craze for fast food be it burger or quick made pizza or any readily available delicacies. One can find a lot many fast food joints in Jagdalpur. The school and college going youth can be readily seen on the streets enjoying the fast food. People relish Chinese or Italian or continental or Indian fast food in Jagdalpur. Though the craze for fast food is limited to non tribals as the tribal people are still away from this upcoming craze.